The Life of Margaret E Lyttle

Margaret Alice Elizabeth (Mug) Lyttle (20 November 1912 to 4 January 2014), the first of four children to Edgar James Lyttle, a state school teacher working in rural Victoria, and Alice Annie Frances née Mawson. When Margaret was 11 years old, she and her 3 younger siblings were placed under the care of their Aunt Greta, an educationist, who had experimented at the forefront of progressive education for over a decade.

In August 1931, Greta began teaching five pupils in her living room under the motto ‘Courage’; soon there were boarders and the nucleus of a school known as Preshil. Following this pathway, Margaret completed her secondary schooling at St Michaels Church of England Grammar School, where she then trained under Dorothy Ross gaining her sub-primary certificate from the Victorian Education Department in December 1933. Margaret taught at Carey Grammar for three years, prior to joining her aunt at Preshil on the cusp of the Second World War. In 1944 following Greta’s death, Margaret took up the position of Preshil headmistress at 32 years of age and she continued to act in that capacity until 1994.

Over the years, Margaret steered Preshil through many transitions including Greta’s death, the school’s restructure under the Memorandum of Association in 1946, its unprecedented growth in the 1960s, the establishment of Preshil’s secondary school at Yallambee in 1973 and its further expansion to Blackhall in 1978. In meeting each of these challenges, Margaret deepened and strengthened Preshil’s unique model of progressive education which respects play as ‘children’s work’, cooperative endeavor, spontaneous interest and individual paths of learning as central to the acquisition of meaningful knowledge (intellectual, social, physical and emotional).

Margaret was made a Member of the Order of Australia (AM) in 1989 for her services to education. True to character, she was apparently quite annoyed by the attention and had to be cajoled into attending Government House to receive the honour.

Margaret is a celebrated pioneer of the Australian progressive education movement. Along the way her career has captured the attention of progressive educationists at the local, national and international levels: (for instance Alexander Neill, Dorothy Howard, Jean Stirrat, Oscar Oesor, June Factor, Dorothy Ross, Henry Schoenheimer and Elizabeth Hanby), contributed tangibly to the educational sector (the Victorian section of the New Education Fellowship, the Free Kindergarten Union, Era Council) and informed, by example, the practices of mainstream schooling.

The Preshil Arlington campus remains as a distillation of Margaret’s life, philosophy and educational purpose and is a continuing legacy of her unique model of education in a living institution and architectural ensemble. Margaret continued to live at Arlington until 2009. She then moved to Victorian Gardens aged care facility, where she was often visited by Preshil students (who performed for her), Margaret sadly passed away in January 2014 at the age of 101.

“Children are Magic” – a new approach to education

Much of Margaret’s thinking is embodied in an extensive collection of cultural material held by the Margaret E Lyttle Foundation. These notes, diaries, clippings and photographs reveal her almost obsessive examination of the school’s pedagogy and environment over a 50-year period.

The following are a few extracts of Margaret’s notes, together with excerpts from an interview conducted with Margaret in her centenary year.

On the link between home and school:

‘Children grow within their relationships at home and at school and their development is influenced by the experiences they have, especially those from birth to 6-7 years of age. These things largely determine the kind of people they are. They reach out to each stage in their living and learning with confidence, in the light of the warmth and security that has gone before. The home is of far greater importance than the school in the child’s early years, but this school supports, and builds on, what is based in the home. It provides the limits and freedom in which the child grows and it is the flexible, intimate relationships, and the firm surrounding structure of living, that the child depends on for security. This is of greater importance than buildings and it has always been so at Preshil. Children need this personal environment in which to find time to enquire, to ponder and to assimilate, and space to play hard, to explore, to dream and to run and jump, and all within the discernible limits needed for the security of their developing personalities.’

On the importance of play:

‘Throughout all our work, dramatic play is a valuable activity. Among the youngest children this is seen in “mothers and fathers” cooking and caring for their babies in cubby houses made of boxes and crates. It develops into spontaneous play making that occurs at 6-7-8 years old and is seen as a “play” performed in a cleared space in a classroom, outside, or at one end of the hall.

Gradually these plays become more organised and audiences are sought until, by 8-9 years, these are carefully planned and happy productions which the children build from their topical interests. Developing from these, come the skilled and exciting plays, constructed, produced and performed by the 10-11 year olds. In this play-making all the work is the children’s own and there is no adult direction. They make their decisions, solve their problems, tackle their difficulties, invent and create and know that they are responsible for the complete project.’

On Margaret’s own education

You can read Margaret Lyttle’s own education in conversation with Gina Levenspiel, 15 June 2012 here.

On the design of spaces, and the Borland buildings

Margaret’s role in instigating the collaborative design of the Arilington campus buildings from the 1950s (pioneered by Preshil with the architect Kevin Borland) was pivotal.

In 1974, Borland reflected on the design process:
‘I feel that an architect can’t design without the client being involved, and the pupils were very much involved. They did little plans and discussed with me the sorts of things they’d like.

I involved them in every stage: the planning, the drawings, and they looked over the job and discussed progress and by doing this with them I hoped they can understand how an architect works I really liked working with the kids. While they can verbalise and are good at explanation, it is hard for them to conceptualise and be objective and able to rationalise some things that they feel.

They need a bit of a catalyst and I provided them with choices and discussed and observed. Observing the fact that all kids love to climb and be on different levels, I designed a building that would reflect this, by use of levels and low spaces for example. They like the comforting feeling of the low scale – it’s almost the womb-like syndrome.’

You can read Margaret Lyttle in conversation with Gina Levenspiel, 15 June 2012 here

Margaret E Little celebrated her 100th birthday on 20 November 2012. Margaret E Lyttle was a towering figure in the history of Preshil and a much-loved member of the school community. Margaret led the school as Principal for more than half a century until her retirement in 1994, along the way pioneering progressive and child-centred pedagogy in Australia and influencing the movement internationally.

On the occasion of Margaret’s centenary, Preshil held a series of celebrations and tributes, many of which were shared with the public. This includes the publication of ‘reflections’ on Margaret’s life, drawing on new interviews conducted during her 100th year as well as historical sources, and the release of the accompanying audio files, photographs and other materials celebrating this extraordinary milestone.

Thank you to everyone who attended or very special ‘Ode to Margaret’ celebratory fundraising concert, held on Sunday, 24 February 2013 at 5.30pm at the Melbourne Recital Centre in the Elizabeth Murdoch Hall. The audience enjoyed an incredibly diverse program of entertainment and on behalf of the Margaret Lyttle Foundation we would like to thank and extend our sincere gratitude for each and every performers contribution to the success of the concert, making it a warm and memorable event for everyone.

The long list of performers included friend of Preshil Lior, MC and Alumni Lisa Gorton, Alumni Clare Bowditch, Jesse and Emily Lubitz from Tinpan Orange, Benjamin Martin, Louisa Breen, Teresa Duddy, Frank Pam and The Melbourne Musicians, past teacher Dr Ros Bandt, and other wonderful Preshil musicians including current students, parents, staff and alumni in this one off celebration of one Australia’s great educators. The concert was presented by the Margaret E Lyttle Foundation in association with Preshil, the Margaret Lyttle Memorial School.

We apologise for the couple of errors and omissions from the official program. 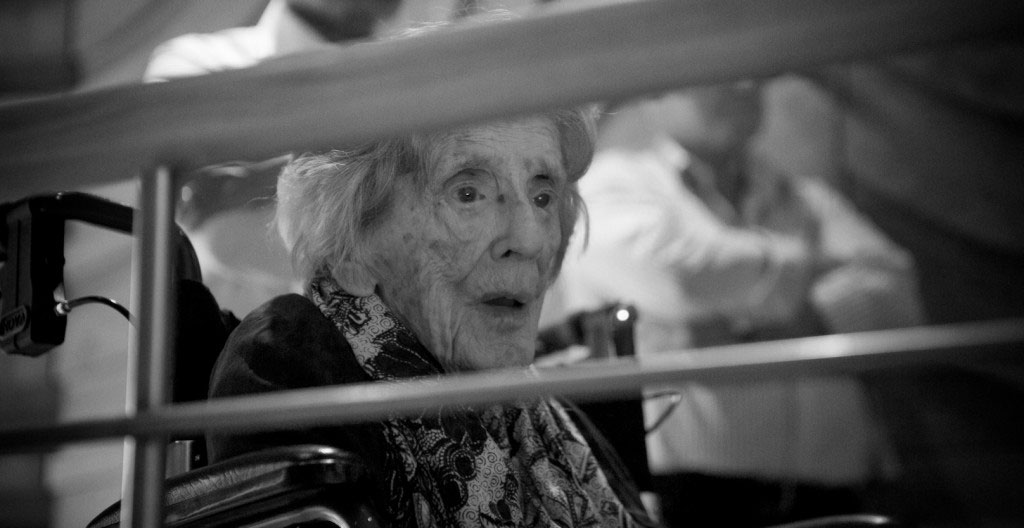 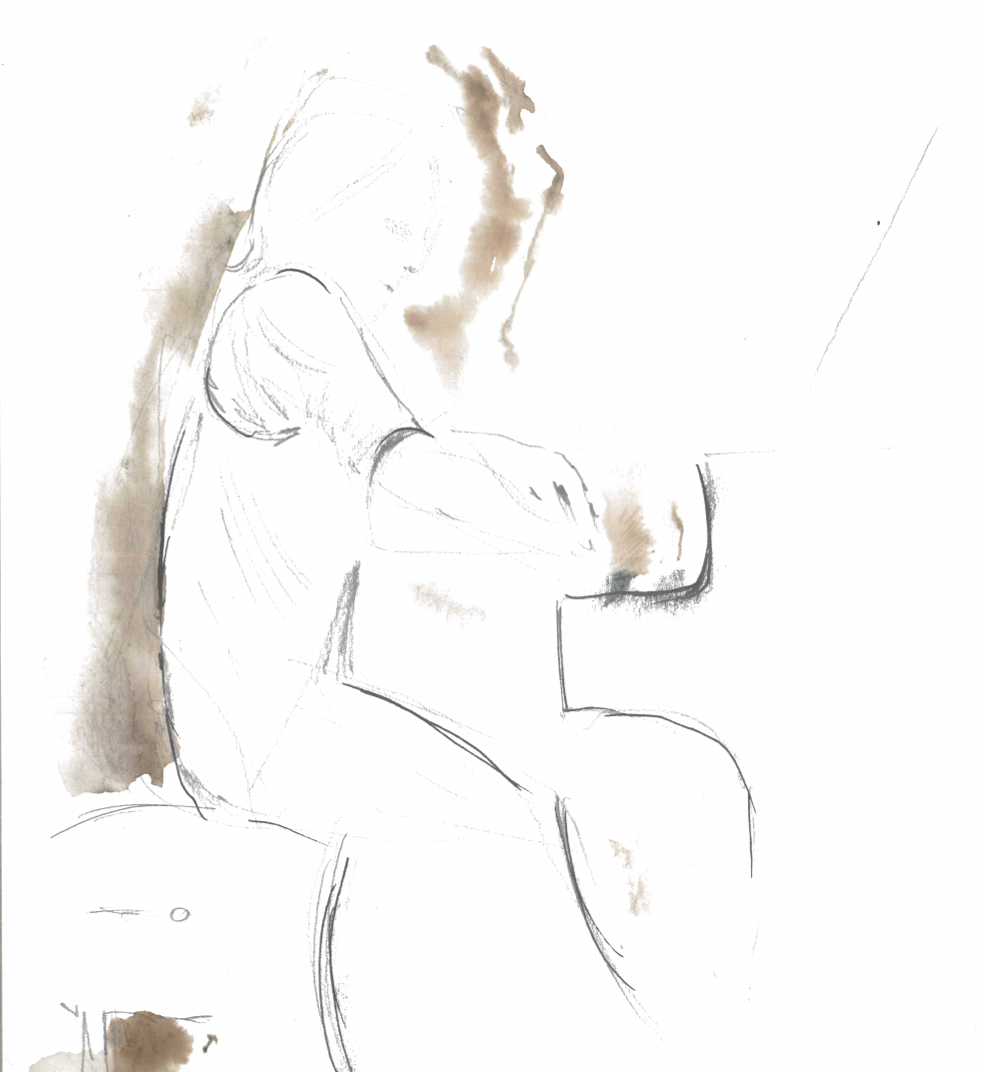 A few memories captured in Art by Sam Golding, Preshil parent of Will and Kate Golding.

“On behalf of the school, I congratulate Margaret on her centennial year and reflect on her enduring legacy.

Margaret E Lyttle is a passionate and indomitable woman, who built Australia’s foremost progressive school on principles that were well ahead of their time and increasingly accepted today as best practice.

Few people realise that Preshil was the first progressive school in Australia – and one of the first in the world – to treat children as active rather than passive ‘receivers’ of learning, implement genuinely child-centred education, focus on the whole child and promote learning through creativity and play. Margaret was a genuine pioneer whose importance is only now being adequately acknowledged.

Through generations of Preshil students – many of whom have gone on to be leaders in fields as diverse as law, art, sport, music and science – and through the international impact of her example, Margaret’s influence continues to be felt today and she remains at the absolute heart of the Preshil community.

Margaret’s 100th birthday is a wonderful opportunity to honour and celebrate her achievements, and refresh our own commitment to building on her extraordinary legacy. The Preshil community is incredibly lucky to have Margaret in our lives, and we wish her a very happy birthday indeed. Preshil also gratefully acknowledges the research undertaken by Gina Levenspiel for the School’s Conservation Management Plan, upon which some of the material on this site is based.”

In 2001 Margaret Lyttle was selected for the ‘Peoplescape Project’ as part of the 100 year Federation of Australia celebrations. The project involved an outdoor installation of 5000 figures on the slopes of Parliament House and Federation Mall. Each figure represented individuals who had significantly impacted the lives of others, their communities or the nation and were celebrated for their courage, devotion and support for family and friends and for their generosity of spirit here.

The school is keen to obtain any recollections, stories or images of this event. If you have any memories of this project or your involvement in it, we would love to hear and document them for our archival record. Please email alumni@preshil.vic.edu.au or telephone 9817 6135.